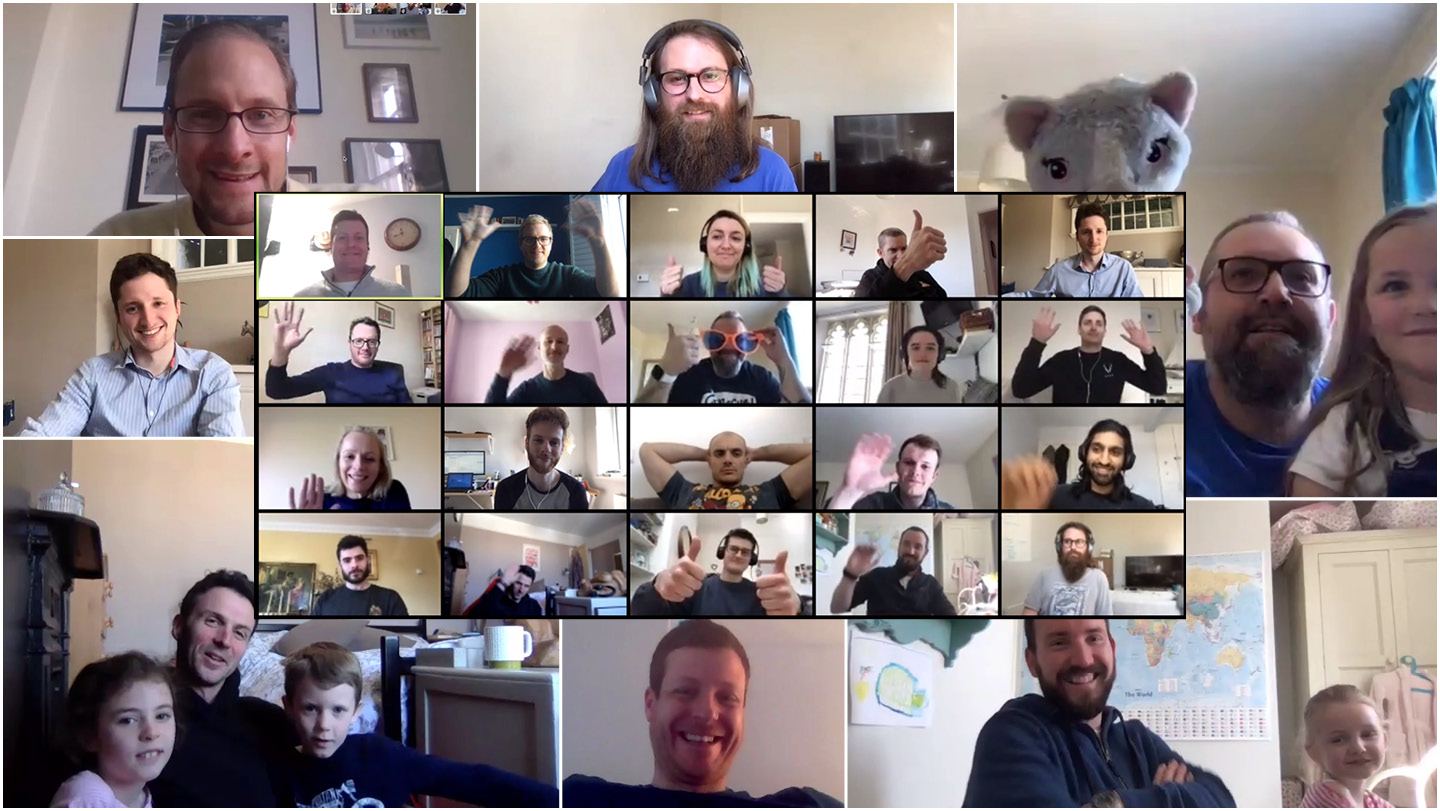 To state the obvious, one of the big assumed challenges with remote working is communication. “Surely if we’re all working from home, we’ll end up speaking to each other less?”

Well, with a few weeks of our new and strange routines under our belt, we’ve had a chance to take some early readings. First things first, lets look at the amount we’re using Slack.

Like all remote working and productivity tools, Slack has seen a boom over the last few weeks. Its number of simultaneously connected users rocketed to 10 million on 10 March. By Wednesday of this week, that had increased again to 12.5 million – and we’re collectively spending, on average, more than one billion minutes each weekday on it.

According to its CEO, Stewart Butterfield, “it felt like the shift from inboxes to channels which we believed to be inevitable over 5-7 years just got fast-forwarded by 18 months.”

Here at Seccl, our usage has definitely increased – as the chart below makes clear…

And Slack’s not the only ‘beneficiary’ of these troubling times. Like millions of businesses, we’re also making growing use of Zoom, too. We tend to use it for bigger team meetings – using Slack for one-to-one or small group video chats. And use it we have – in a growing way…

So far, so obvious. But interestingly, we’re finding that we’re not just changing how we communicate – but also how much. Irrespective of the channels we use, we’re actually spending more face-to-face time together.

Take Stu, for example. He likes to monitor how long he spends doing different tasks. Bit strange, we agree, but it happens to have come in handy in this case.

When you compare the few weeks before our new WFH policy came into force with the two weeks since, you can see that he’s actually spent more time in meetings, not less.

So it seems we’re deliberately choosing to connect more, now that we’re apart. It’s not exactly rocket science, but it does have some positive effects.

As Sam, our co-head, puts it: “I’m catching up with people more often – and they’re higher quality catch-ups. Often with meetings there’s a feeling that you need to fill an arbitrary 30-minute slot – but when you’re doing a video call it’s more natural to just have a meeting when you need one, and for it to last as long as it needs to.”

“I guess that option’s always been there, but now you have to be more deliberate with your time – which means that the time spent talking to people is more focused.”

That focus doesn’t need to be on work, though. It can be on ‘down time’, too. After all, it’s the general chit chat and joking around that makes any working environment fun. The #random channel of Slack is great, but it’s not quite the same as chatting in person.

So we’ve deliberately got a 2pm virtual coffee break (on Zoom, of course), where anyone can tune in, say hi and have a natter. Anyway, enough data – let’s show you some other things we’ve been getting up to.

This week, we invited our family in on one of our coffee breaks. Seeing as we’ve already crossed the usual colleague divide – we’ve seen into each others’ homes! – we figured we might as well go a bit further and meet the kids, too. Plus children on conference calls are funny:

We’ve also made a concerted effort to crack on as normal with our team meetings. So, this week we had a management team offsite (hard to do otherwise…), and our usual monthly all company meeting.

Finally, just as it’s strange to join a company at this time, it’s also odd to leave one, too. This week we waved goodbye to Seb, who’s heading off to help launch TaskRabbit in his native Germany. It’s a great new gig and we’re sure he’ll do well – but it was a shame to have to settle for an over-the-phone leaving do. Bye Seb, and let’s get a proper drink in soon.