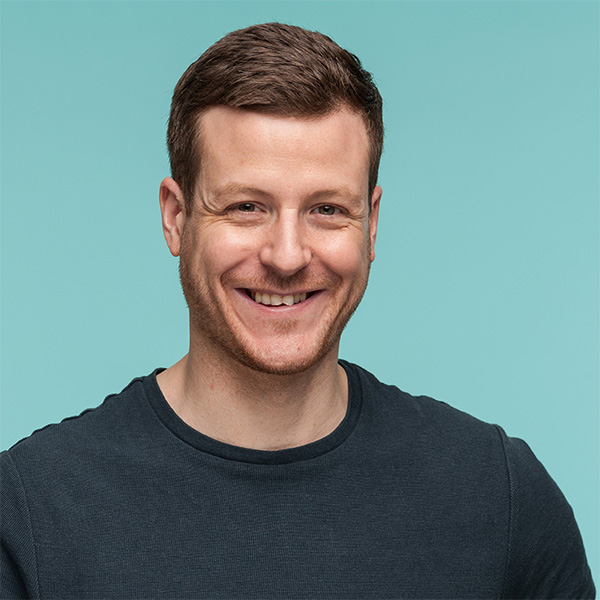 It’s become so clear to see that we now take it for granted. But just consider, for a moment, that just fifteen years ago we didn’t have Google Maps, Uber, AirBnB, Deliveroo and Spotify.

They’ve all fundamentally changed how the entire world travels, works and consumes — be it food or content — from the ground up.

I think it’s fair to say that the same changes are yet to be fully realised here in financial services. But there’s no shortage of forward-thinking firms who want to do better — and here at Seccl, we’ve got a unique vantage point from which to watch them work.

On the one hand, we support entrepreneurial financial planners, wealth advisers and investment managers; those who want to use technology to build the efficient, client-centric firms of the future.
And on the other, we power the disruptive, game-changing fintechs and wealthtechs, on a mission to make financial advice and investments accessible to everybody, regardless of their level of wealth. Taken together, they make for a pretty vibrant ecosystem, that we’re immensely proud to be a part of.

It’s in that spirit that we recently kicked off the first of a soon-to-be regular series of meet-ups, where we’ll bring together senior technologists — who’ve been there and done that — with some of the most exciting tech talent in the UK today.

We’ll explore some of the major topics that define businesses working with financial services today. And where better to start than to explore what a high-performance team looks like — and how to create one.

So, over a few beers, some posh pizza, and an epic cast whose views I’m supremely grateful for, we explored the key ingredients of a scalable business. I learned a load, and thought it’d be worth sharing their thoughts here, too.

How to prioritise between present demands and future innovation?

Alternate your dev team between ‘farming’ and ‘mining’ roles — the former to tackle day-to-day customer and ops issues; the latter to concentrate on feature development…

How to structure your team for growth?

Create squads of no more than ten. Beyond that, accountability drifts and motivation fades…

How to create a performance culture?

Up to your first 100 people, you need people who just love what they do and are in it for the career, not just the day-job. Beyond that you have to evolve your model…

How to balance onshore and offshore?

You can’t outsource culture. Don’t create a ‘two-team’ approach by outsourcing to ‘offshore’ teams. Instead bring remote developers into your business as fully bought-in employees. And think carefully about time zones…

In short…the tech challenges are the easy ones. It’s people and culture that count… 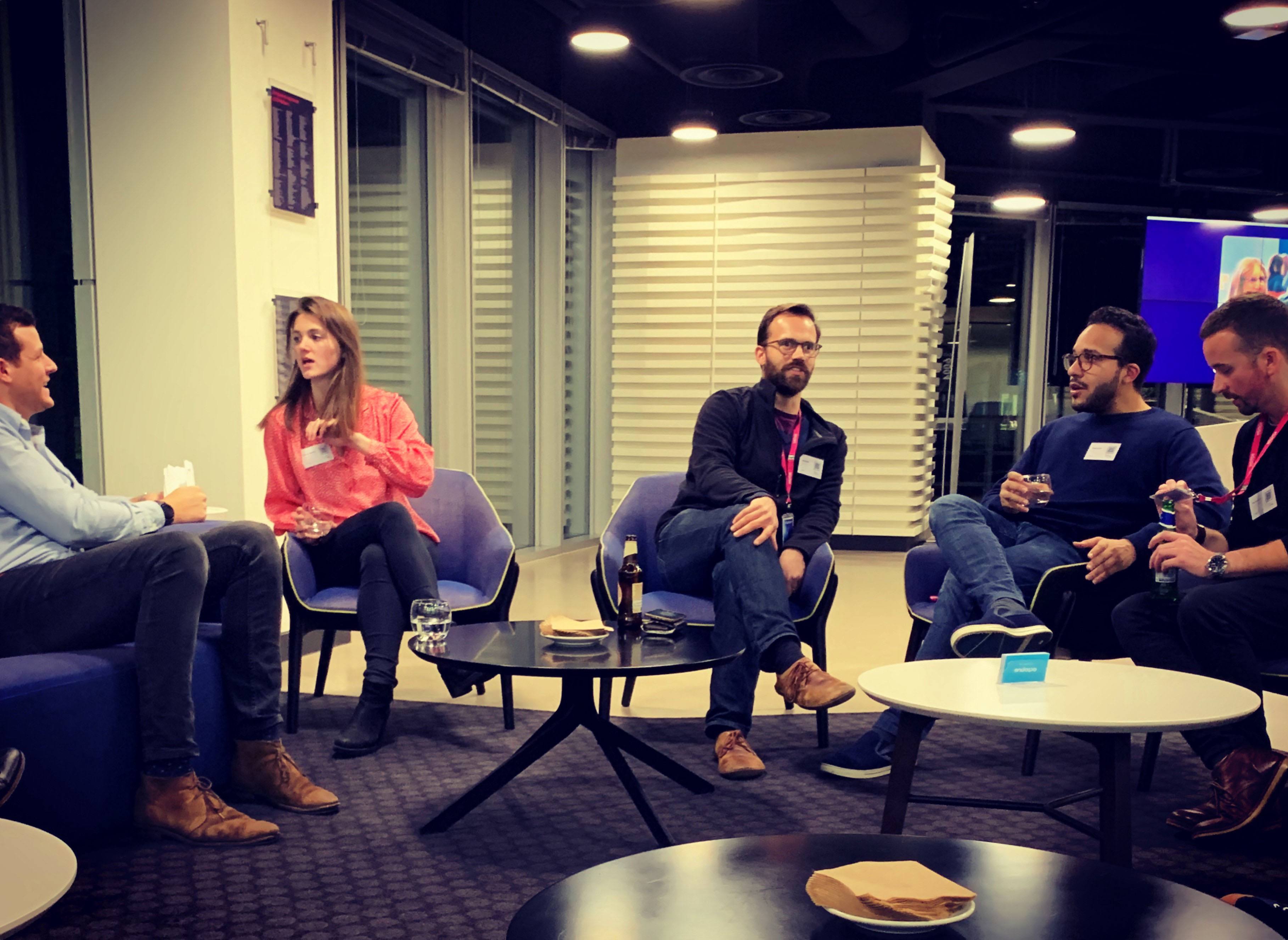 We started, as all frank conversations do, with the F word. Focus.

It’s one of the challenges that most successful businesses will invariably face on their scale-up journey. How do you make sure you’re taking care of business as usual, while preserving enough resource to pursue opportunities that are further out on the horizon?

The team at Octopus Energy have been grappling with this conundrum over the last few years. From a standing start a little over four years ago, the company has surged to around 1.2 million customers and well over £1 billion of annual revenue.

‘My colleague in operations has a team of 500’, said co-founder and CTO James Eddison. ‘I’ve got 20. That’s 20 people to tackle the edge cases that 1.2 million customers inevitably create, all the while developing new features and products.

‘We can’t let our customers down, but we also can’t waste the insight that they generate. So, to make sure we get the balance right, we alternate the team between two roles — “farming” and “mining”.

‘When you go down the mine, you’re cut off from the world. You’re free from distraction, but with a real deadline and a pressure to deliver. It’s a great development space for new feature work.

‘When you’re farming, you’re up in the sunshine tackling day-to-day problems — with all the distractions but also the diversity that it brings.’

By alternating between mining projects (where three people are given a particular problem to solve over three to six weeks) and farming work (where they get to experience the issues that operations staff and customers face), the team has been able to get the best of both worlds.

They can tackle the immediate needs of today’s customers; better understand the demands of tomorrow’s in the process; and ensure they have enough time and energy carved out to meet them — all at the same time. Miners and farmers, united in productivity.

On the subject of productivity, how best to stimulate it?

And it’s a principle that the business carries through into its customer-facing operation, too — with small customer squads of 10 people, each responsible for around 70,000 customers and a few million pounds of turnover. Customers get dedicated support. Employees get more responsibility and room to develop.

‘We’ve just reorganised our whole team into squads of six people. We’ve seen a real sense of ownership develop as a result: a very clear objective that everyone is driving towards, and a real sense of achievement when you get there.’

Finally, <ahref="https://getpenfold.com/"target=blank>Penfold, the newly-launched pension for the self-employed, has just begun experimenting with OKRs to help translate its mission into reality. It’s certainly a super helpful framework that we like to use within Octopus as a whole, not to mention here in Seccl.

But as teams grow, there’s no doubt that the productivity puzzle becomes all the more complex.

‘At ten people, you just need to like what you’re doing, and why you’re doing it. You won’t have real problems until you’re around ten times that size.’

That’s the view of one MD at a large global asset manager, who joined us for the evening.

One of the big inflexion points that any company goes through, he says, is when your company starts to hire those who just want a day job, rather than those who are totally bought into it as a ‘career’.

‘Not everyone wants a career — some people just want a job. And you’ll always need those people to do the important work that they do. But the challenges of hiring and management are just so different at this point.’

It’s also then that the demand for so-called ‘10x engineers’ — or, to explain, the superstar developers who can do the work of 10 people — begins to wane. ‘It starts to get hard to give them the space to roam and rip up the rulebook.’

David Harvey, Co-head here at Seccl, agrees. ‘Just look at a football team. A starting line-up of the 11 best players in the world, often won’t succeed.

‘In high-performance teams, there’s a really important role for those who have one task, get on with it, and do it really, really well.’

Scale also invariably throws in another element of complexity: geography.

David Genn, CEO of Goji Investments, has recently started to hire remote teams ‘to get access to a broader talent pool, while trying to maintain our culture. We’ve found hiring developers in London to be really difficult.’

It’s a topic that Georgia Stewart, CEO of pension transparency and shareholder engagement company Tumelo, approaches from a different angle. Based in Bristol, the company certainly has access to a cheaper talent pool than London, but has to break down the perception that it’s somehow for those on a more ‘chilled out’ career track.

Our friendly MD and some great insight to share here to — particularly on managing a global workforce. ‘The maximum time zone difference you can reasonably support between teams is about 5 hours. If there’s 3 or 4 hours of overlap, that’s optimal. But a gap of, say, London and San Francisco… forget it.’

‘And by the way, I don’t like the term offshore’, he added. ‘It implies a construct that is just not true. They’re just not here, that’s all. The reason I say that is that all of our developers are permanent employees. We generally don’t outsource — because you can’t outsource culture.’

True as that is, what if you’re looking to inject some new vigour into your existing culture?

That’s exactly the journey that Barclays is on. Its Eagle Labs helps individuals, businesses and corporates to innovate and grow, by providing incubator and accelerator space in former bank branches.

But as Dane Scott from Barclays Ventures told us, the cultural exchange is two-way. ‘As well as housing new talent, we’re trying to hire remote teams, and actually learn new things and take on new cultural elements in doing so.’

With a history dating back more than 300 years, and the complications of a global employee base of around 80,000, it’s not hard to imagine how innovation can be difficult. So, while perhaps it can’t be outsourced, perhaps culture can be insourced?

Kane Harrison, CEO of Wombat, is familiar with the arrangement, as his company is currently on the NatWest Entrepreneur Accelerator Cohort. His increasingly popular thematic investing app (where you can choose to invest in particular trends or categories that interest you) is growing at a rapid rate — so if his experience is anything to go by, Barclays are surely on to a winner…

Putting it all together

Well, the quote of the evening for me was this: ‘The challenges we’ve spoken about — none of them are technical. Technology’s the easy bit. It’s all about people and culture.’ Amen.

We’ll be planning our next meet-up soon, so let me know if you’d like to attend.