A night of Pride at Seccl – raising LGBTQIA+ voices 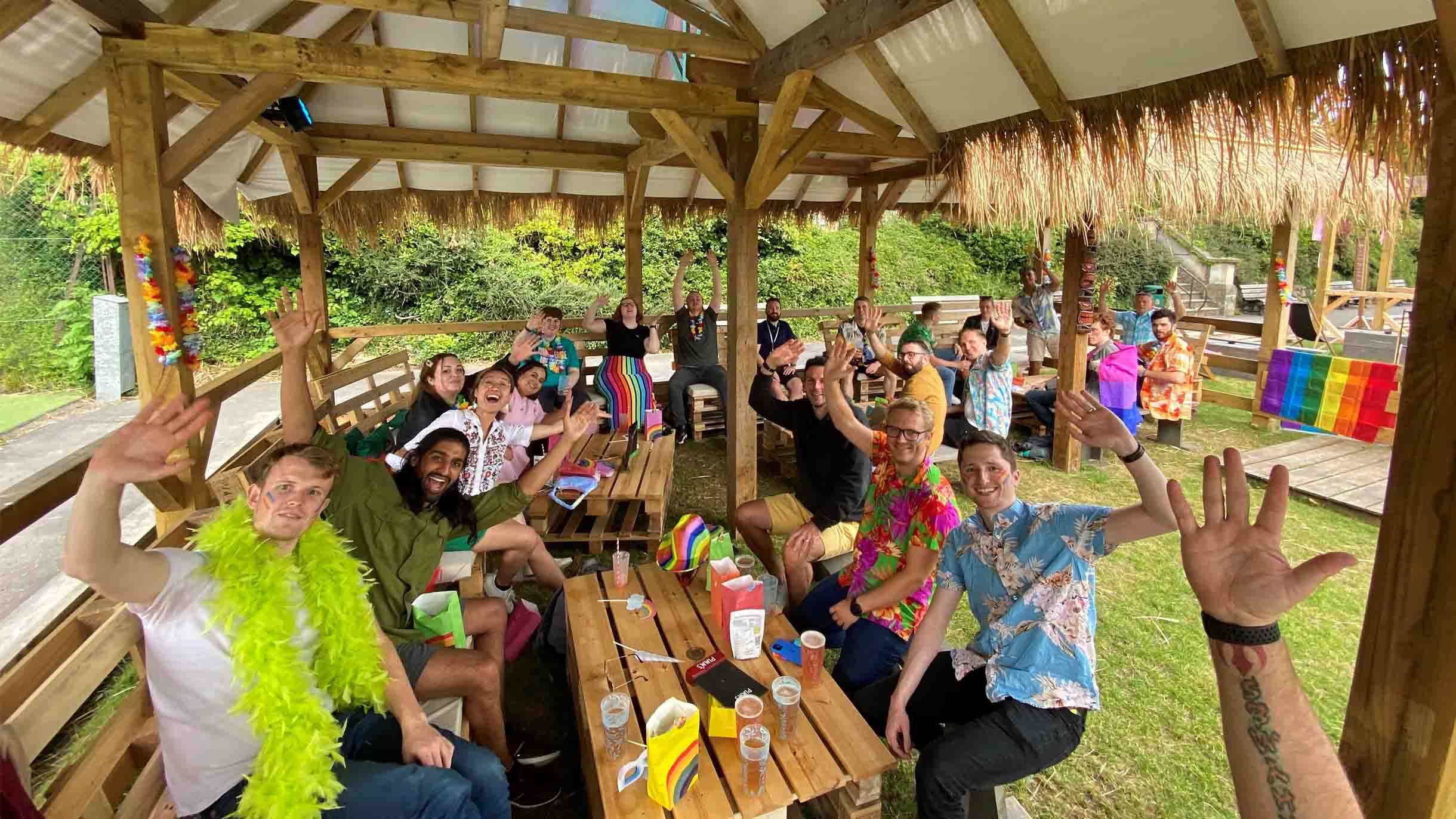 We’re thrilled and excited to have celebrated Pride month at Seccl – a significant time for members of the LGBTQIA+ community and all who support them. For over 20 years, June has been officially recognised as Pride Month – but its roots took hold even earlier.

Are you sitting comfortably? Because it’s time for a history lesson.

In 1969, the Stonewall riots – a series of spontaneous demonstrations to protest police violence during a raid of popular gay bar, the Stonewall Inn, on June 28 – inspired a Gay Pride March that took place the following year. The riots are now considered a defining moment in the gay liberation movement and the fight for LGBTQIA+ rights around the world.

Now the month has come to an end, we’re drawn to reflect on what we’ve learned, how we’ve celebrated, and what we can keep doing to support the LGBTQIA+ community and their allies.

Adding our pronouns to Slack

Just before the start of Pride Month, Slack rolled out a new feature allowing users to display their pronouns right under their names and job titles.

“It was really simple to add our pronouns. I found out that Rhymes – one of our senior engineers and an all-round legend– is a Slack admin and asked him to turn them on. No blockers, no discussions about why. It just happened.”

It was important to us to encourage our team to display their pronouns – but only if they felt comfortable. We believe using our pronouns in communications tells everyone that we’re not going to assume their gender – and that we’re committed to moving towards real inclusivity in the workplace, as well as in wider society.

“Displaying pronouns doesn’t harm someone who isn’t familiar with the gender scope or doesn’t quite understand it yet (like myself) – but it may help one person feel more comfortable or safe. Ask yourself, what is the cost to you doing it? If you had a child or a sibling or a friend who was transgender, for example, would you want people to do what they could to make that person feel recognised and included? I think the answer for most decent people would be yes.”

Exactly! It creates a space in which everyone can bring their whole self to work and be respected for it. That’s what we’re all about.

This is something we’re all guilty of – irrespective of gender – and it’s something that on the surface may not seem to be a problem. But the words “man” and “guys” being the anchors in our language is not an accident. Middleman, manpower, mankind. If we want to strive towards equality and gender inclusivity, we need a language that reflects that – not one that just pretends.

These tiny tweaks to the way we speak will help to shape the world we live in, and they always have. Language is meant to evolve and grow – just look at some of the things our grandparents were saying in the 1950s – that many of them still say and believe to be harmless.

Do we want to get left behind, refusing to slowly adjust our default language because that’s the way we’ve always done it?

Change is hard, but we’re committed to making the effort. We’ll check back in in a few months’ time to let you know how we’re getting on…

This year, for the first time (thanks COVID), we were able to get the whole team together to celebrate Pride in style. Of course, we all took lateral flow tests on the day and adhered to government guidelines – it helped that the weather was so kind to us.

And so we donned our most colourful outfits, hired a venue, and our wonderful Product Designer Amy went about sourcing party bag contents that were a) environmentally friendly and b) from a registered Gay Pride and Gender Identity shop. No easy feat, but being the queen of organisation she is – Amy managed it.

(We used The Pride Shop, an LGBT+ owned and operated store that donates to The Pride Fund – a charity that supports Pride events throughout the UK. They have some amazing stuff – you can check them out here.)

And who’d have thought the most fun we’d have all evening was throwing sandbags into boards with holes in?!

Some of us got pretty competitive at table tennis, too…

What Pride means to us

We recently asked the Seccl Team to comment on what Pride means to them, and we got some incredibly insightful and poignant responses….

“To me, Pride is a celebration of all of us, but it’s a recognition that those of us who identify as LGBTQIA+ still face injustices and discrimination. In May this year, the Government announced a delay to the conversion therapy ban while they “consult” on the issue. Conversion therapy is abhorrent to me, and should be to all of us. Why this needs further consultation is beyond me, but it’s one of the many examples of our society having a long way to go. It’s one of the many reasons we need Pride.”

“I see Pride as a time/place for people from all walks of life to stop and reflect on what it means to be truly accepting and accepted… It’s a celebration of love. It’s a protest. It’s standing with the LGBTQIA+ communities. It’s being authentically yourself. It’s so many wonderful things.

For me, it’s being respectful and accepting — exactly what these communities are fighting for during Pride. A large part of being an ally is taking it upon yourself to educate you and those around you about the injustices facing marginalised communities.”

“Turning up once a year just isn’t enough (brands take note – displaying a rainbow version of your corporate logo won’t wash away the sins of a non-inclusive company culture or business model).

Pride is also about understanding and action. It’s a chance to find out more about our society’s ugly past and its still imperfect present. To speak to and learn from others whose experiences might be totally different from our own. And to challenge each other to reflect on how our own actions can contribute to change (or indeed cement the status quo…)

Rainbows are a great first step. But they’re only that. And allies are for life, not just for Pride month!”

True equality in the workplace, please

I’m openly gay and gender queer, and I feel lucky that I’ve finally found a company where I don’t have to be reserved or decide not to say something in fear of backlash, sniggers and raised eyebrows.    Seccl allows me to be me. If anything, it enhances it.

Have you thought about asking your colleagues, management teams and CEOs what Pride means to them?

Why not join Seccl? We have a number of open roles, and we invite people from all career stages and backgrounds to apply.