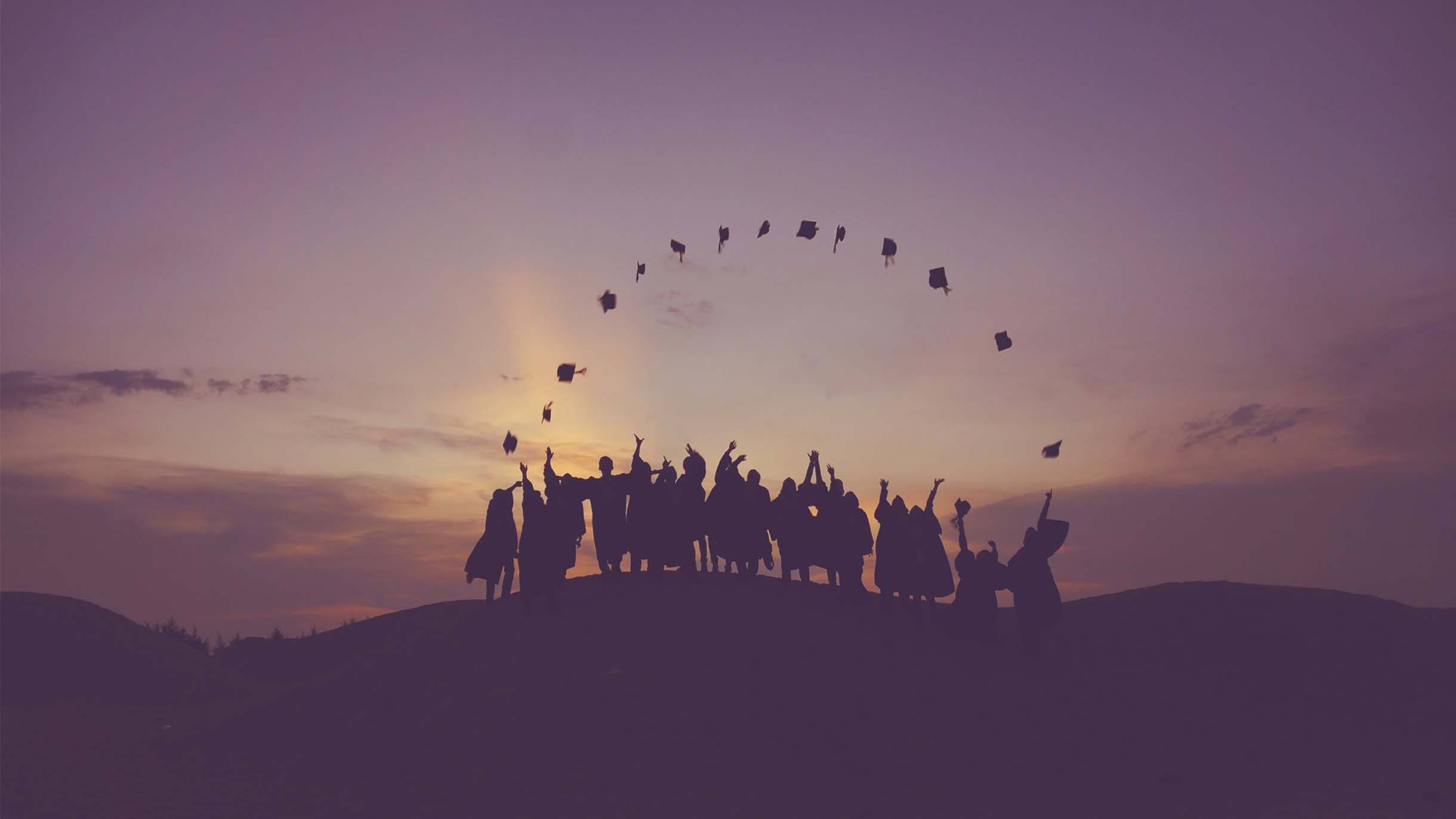 As thousands of young people flock to collect their results in what must go down as the most disastrous exam season on record, here at Seccl our four bright young university students have reached their own (far less chaotic!!) milestone. After eight inspiring weeks, our first Digital Academy has come to a close. 😢

But before heading off, we caught up with Adnan, Joseph, Philip and Vishal to see how they got on in their final challenge: to pitch a business idea to some of Octopus’s most senior leaders… 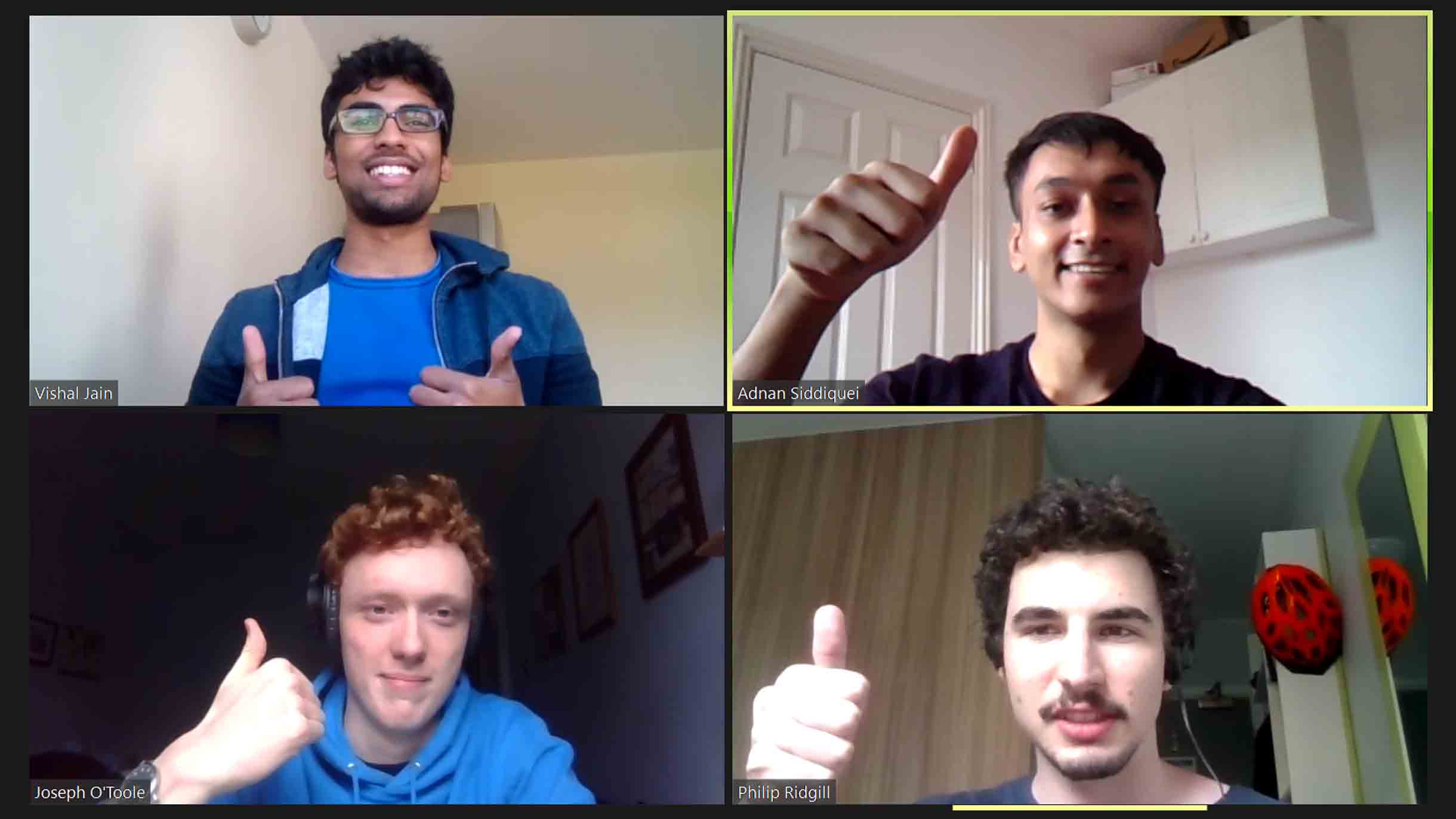 The last time we spoke, our four had just started to work on their start-up concept – an app-based game designed to encourage young people to invest.

“We’ve worked out that we have an addressable market of around seven million people,” says Vishal. “The goal is to attract these people to use our app to learn more about investing, and then ‘graduate’ them onto our investment platform (built using Seccl’s API, of course…).

Ambitious stuff…! So how exactly will it work? “We’ve come up with a game that teaches people how to invest”, Adnan tells us.

“In our own survey of people in our age bracket, we uncovered three main excuses not to invest: ‘it’s too risky’, ‘I don’t have enough spare cash’, and ‘I don’t know where to start’. Our game is designed to overcome these barriers, by helping young people to build their knowledge and confidence without having to risk any real money,” he adds.

“Essentially, the user will create a portfolio of different assets that will be run against random historical 10-year periods to see how they perform. The user will then be awarded trophies for sound decision-making – for example, by not selling during a recession. Trophies unlock levels with more complexity, allowing people to gradually build their knowledge.”

It’s this combination of the education and engagement that they hope will make their app a winner.

As Joseph explains, “while there are lots of learning resources like Investopedia available, as well as apps that make investing itself far more engaging – think eToro, Trading 212 or Robinhood, for example – the tools that engage aren’t educating, and the ones that educate are often far from engaging.”

So what are they going to call it?

“We wanted to build the app around a friendly adviser – someone who’s sort of your trusty sidekick, with you every step of the way through your investing journey. So I asked my housemate for a cool name and he came up with Diego. It just stuck.”

“I think it’s helpful for us to position our business as a softer, nicer, easier thing”, adds Joseph. “If it’s called ‘Easy Invest’ or something like that, it’s just a bit more intimidating as you’re tying it to the very thing that people are already avoiding. We’re building a relationship so wanted to make our service more personable – and we think Diego does that nicely. 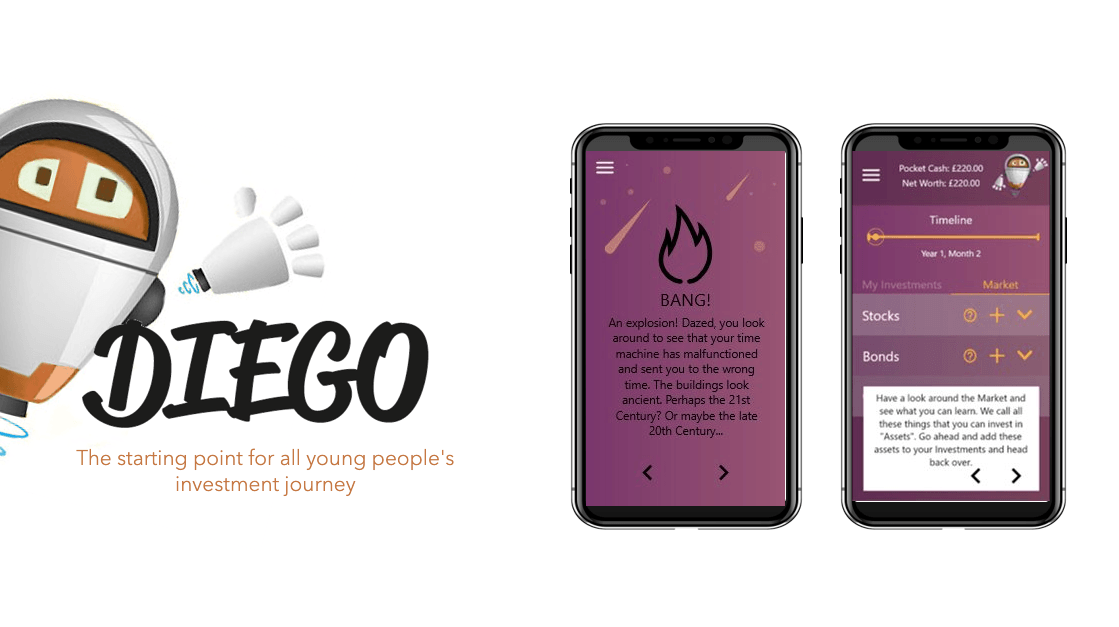 “Once we’d practiced on the Seccl team, we were given the opportunity to pitch to Simon, Ruth and Zi – which was pretty awesome.”, said Philip.

To explain, that’s Simon Rogerson, the co-founder and CEO of Octopus Group, Ruth Handcock, the CEO of Octopus Investments, and Zihao Xu, one of the lead fintech investors at the group’s VC arm (and one of Europe’s biggest early-stage investors), Octopus Ventures. No pressure then…!

How did it go? “They all gave good feedback, but none were ready to invest right now!” joked Adnan. “They gave us some great advice on what we’d need to do to make it investable, though.”

“Simon thought the problem was perhaps too big, and that tackling a massive issue among a huge audience would be difficult”, said Joseph.

Vishal adds, “I think Seth Godin said something about a business that’s founded around a culture being more likely to succeed. That’s what we’re trying to do with Diego, but tackling the problem of apathy or anxiety towards investing no doubt requires a massive cultural shift.”

But constructive feedback aside, it’s safe to say that they nailed it – with impressively rich material, supported by heaps of research, and delivered with supreme confidence and passion.

To quote Simon… “What you guys have done in the time involved is fantastic. If I compare it to the pitch we used when we tried to raise money for Octopus 20 years ago, you definitely come out on top, so you should be very proud.”

“What you guys have done in the time involved is fantastic.” – Simon Rogerson, founder and CEO of Octopus Group 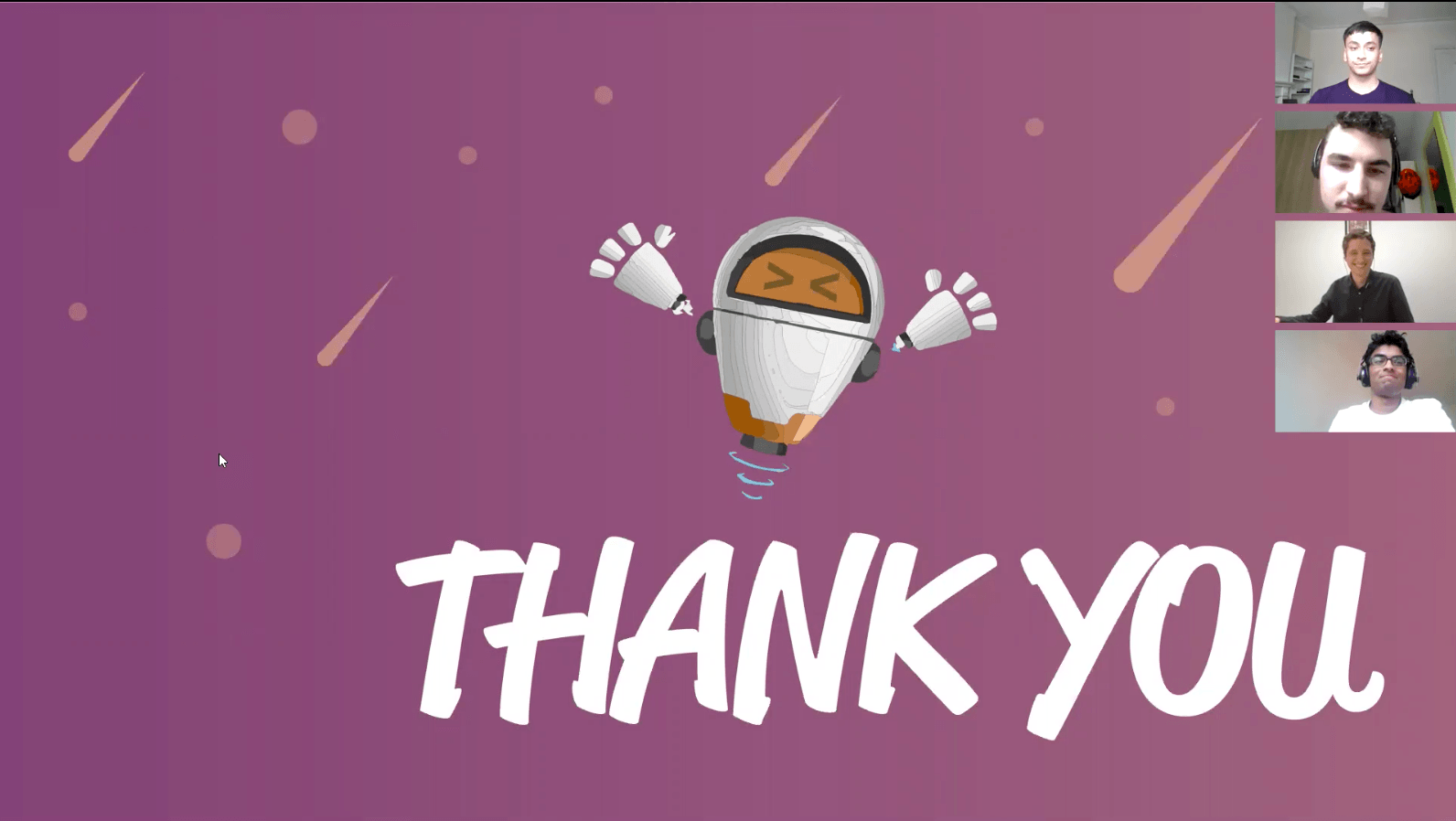 Our students’ achievement is all the more impressive when you consider that they’ve never actually come face to face. “We’ve never met, but we get on really well and have been able to work together really effectively,” says Philip.

But could their paths cross again in the future?

“I’m coming back to Seccl in September for a year-long placement and to work my way around the different departments, spending up to three months in each,” says Adnan.

For Joseph, it’s back to his studies. “I just finished my first year, so I’m going straight back to university in September, all going well Covid-wise. I’d like to come back to Seccl in the future though. It’s been an amazing experience.”

As for Philip, “I’ll be heading to the Bank of England for a graduate job in the banking supervision team”.

“And I’ll be going to Oxford to train as an imaging scientist with a liver scanning company that could make it possible to avoid biopsies. It’s all artificial intelligence and machine learning-focused,” adds Vishal.

Whatever they do, and wherever they do it, we’re certain that our Academy graduates will go on to make a huge impact. They’re smart, conscientious, creative and hugely impressive as individuals and as a team.

And so while it’s hard not to be concerned about the fate of Britain’s young people with all that’s going on at the moment, at least there are four reasons to be optimistic: judging by Adnan, Joseph, Philip and Vishal, our future is in very safe hands.