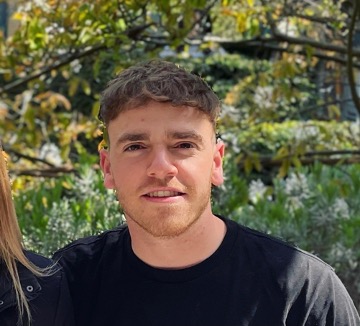 I’ve been at Seccl for around three months now, and already in my short tenure, I’ve seen some seriously exciting industry developments – including a number of new DIY investment platforms launching over the last few weeks alone.

Earlier in the month, we were thrilled to announce the launch of Tillit’s new DIY investment platform , powered by Seccl’s custody and investment technology. In the same breath, HSBC announced that customers would now be able to invest on its internet banking platform – while AJ Bell launched Dodl , a simple, low-cost investment platform offering ISAs, LISAs, pensions and a General Savings Account.

With so many new market entrants, we’ve seen a fair amount of debate around who the likely winners and losers are going to be. In particular, one commentator compared the pricing of Tillit and Dodl, suggesting that the latter’s ultra-low-cost model may mean the former will struggle to compete.

I’m not so sure. In fact, in reading much of the commentary around the many recent platform launches, I was struck by the extent to which it tended to focus on price. And, as a young investor who’s at the start of their ‘accumulation’ phase, it got me thinking – is price really the be all and end all?

The bps don’t lie…or do they?

Now, it’s not surprising that price has long been the yardstick for comparing offerings within financial services. After all, it’s a relatively clear and seemingly objective point of analysis – and numerous studies have shown just how big an impact the cost of a service can have over the lifetime of an investor.

But while it might be an obvious area to compare, I think it can distract from other areas of difference that could be just as important to potential customers – particularly if those customers are, like me, at the beginning of their savings and investment journey.

To put it in perspective, if I am a potential customer looking to invest £10k, a 0.25% difference in annual platform fee between two offerings would equate to a £25 difference in cost. While that gulf will widen over the long-term, in the short-term, it may make perfect sense for me to pay more, if I feel like I’m getting more value from it in the here and now.

As a first-time investor, for example, I might be much more interested in the learning and support that it offers. An engaging and informational user experience, free of jargon and packed with habit-forming tips around how best to manage my personal finances, may yield results far bigger than the £25 I might have saved by chasing a lower platform fee.

What if engagement trumps cost?

The compounding argument works both ways. Yes, for those with larger portfolios investing over long periods, cost will be massively important. But for younger or less affluent investors whose portfolios are smaller and whose time horizons are shorter, a focus on cost can discourage them from investing as much as they otherwise might – leading them to miss out on the much larger potential compound growth that can come from simply being in the market.

Let me illustrate my point with an – admittedly fairly crude – example.

Say App A charges a 0.10% fee. This would be considered pretty industry-leading in its pricing, and so therefore probably viewed as hugely innovative.

But though it’s cheap as chips, it’s also full of jargon, free of any sort of engaging or educational content, and doesn’t make any attempt to encourage users to return. It’s a pure and simple DIY platform.

Now this might be just right for the sophisticated investor who just wants a low-cost way of doing what they want to do.

But for the uninitiated, it all feels a bit scary and impenetrable, and they don’t feel very motivated to do anything other than ‘fire and forget’, simply putting in a standing order of £100 a month into their ISA.

Conversely, App B charges a 0.50% fee. Certainly not the cheapest platform in the market, by any stretch. But new-to-market investors think it’s the cat’s pyjamas. The UI is slick and there are regular attempts to gamify the experience in a way that helps users to learn more about what they’re investing in, and understand the benefits of long-term investment.

As a result, this richer and more compelling overall experience encourages users to contribute an extra one pound each month…so month two they invest £101, month three they invest £102 and so on.

Which do you think the App B user will be most concerned with – the £400 they could have saved in fees, or the extra £8,000+ they now have in their ISA?

In my opinion, the winners in the D2C space won’t be the providers who race each other to the bottom or focus their energies on finding new ways to dress up the same investment proposition for less.

No, the real winners will be the ones who create a product that solves a real problem, that is simple to understand, and that provides a slick customer experience.

Which is exactly the kind of firm we’re delighted to help here at Seccl. By allowing them to build on our low-cost infrastructure, we’re helping them to invest heavily in their product and focus on what they do best: championing user experience.

It’s super exciting to see innovative businesses use our modular, API-first technology to build the investment solutions of the future – the ones that can truly instill good financial habits and improve financial literacy for all. Now that’s what I call value.