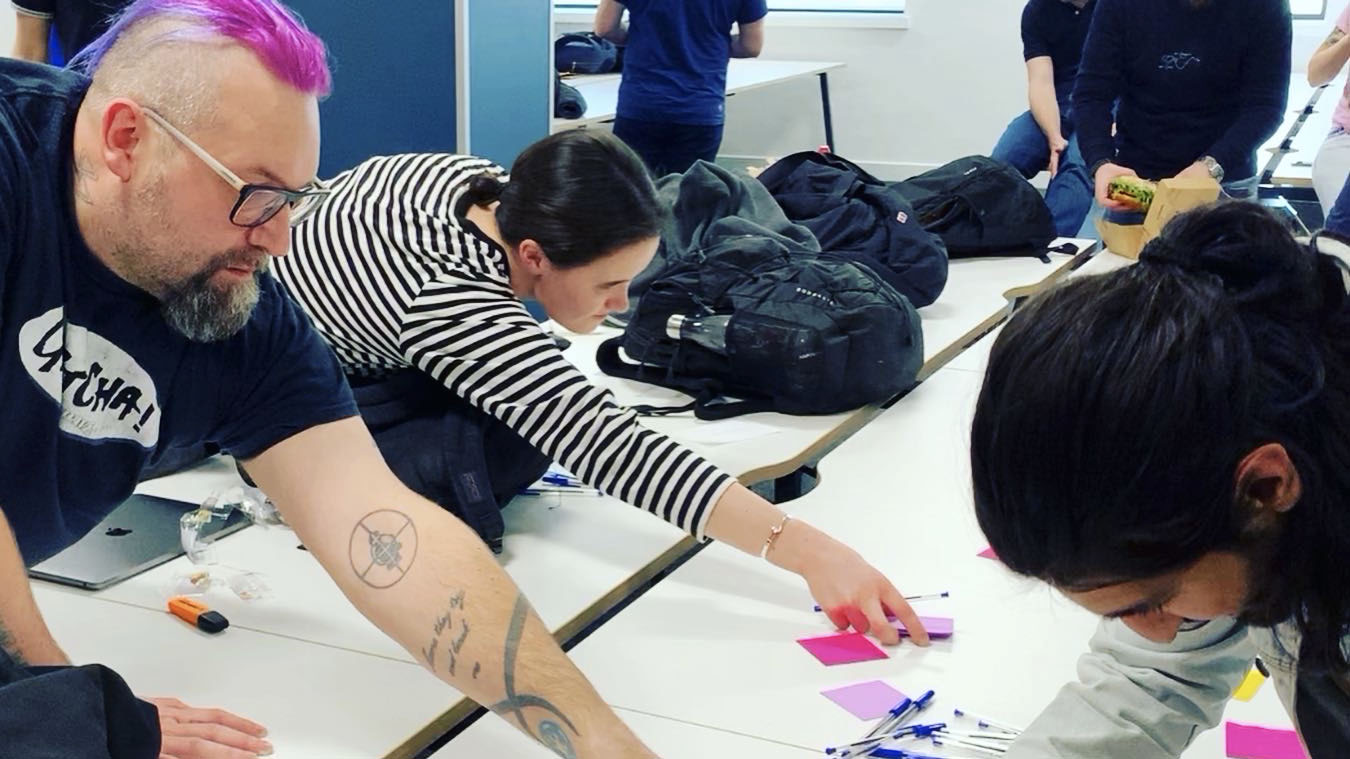 Seccl has grown a lot recently, with our headcount expanding by 60% during lockdown alone. Our recruits come from all walks of life and have diverse levels of experience. Some are senior. Some are still students. And indeed for many, Seccl is their first ‘career’ after graduating from uni (…not that a university degree is or should ever be a requirement, I hasten to add).

This week is Global Entrepreneurship Week – the annual celebration of entrepreneurial companies and the important social and economic role that they play. And that role is as important as ever.

As we continue to reel from a global pandemic, today’s school and university leavers are entering a job climate as tough as any. Graduate vacancies have fallen by 77% since the start of 2020 – creating a fierce competition that sees around 100 hopefuls fighting it out for each role.

But while most large companies may be putting the brakes on hiring, smaller, fast-growing technology firms can offer unique opportunities for grads willing to sacrifice the household name for a steep learning curve.

To find out more, we caught up with three Secclers who chose the path less trodden, shunning the grad scheme in favour of the growth company.

Rage against the machine

Graduates schemes are an ever-popular route for many thousands of young people. And with good reason; they offer security, well-oiled training programmes, and the prospect of clear progression within large, well-known organisations.

“At my uni, grad schemes in consultancy practices and law firms were the norm”, says Annabel, one of our Account Executives. “Almost all of my friends chose that route.”

So why not her? “Well, there’s a lot more structure, but that doesn’t fill me with much excitement. In fact, one of my friends works in a big bank, and when we went for drinks recently she said she loves being a cog in a machine. I don’t like the sound of that.”

That fear of a ‘factory mindset’ – of fulfilling a particular role in the production line of a large outfit – is one that JJ, Bizops Analyst turned Product Manager, shares.

“I’ve got friends in grad schemes who’ve been dropped into a particular role and they seem to spend their life doing it. That’s not for me.”

The developing and ever-changing nature of a start-up or scale-up company means you’re rarely following a rule book. As fellow Product Manager James Holmes tells us, “a lot of the time, you’re doing something the company hasn’t done before, so there’s no process or documentation to follow”.

It’s a far cry from the rigid structures and procedures of larger companies, which James admits isn’t for everyone. “You need to be happy with just setting off on your own – taking what could be a relatively high-level brief, and iterating as you go.”

It’s why at Seccl we talk a lot about our team being ‘comfortable with ambiguity’; there’s a lot of it about in our world.

Small teams and slim processes can make for a chaotic environment, that’s for sure. But while it might not always be easy or comfortable, there’s nothing quite like being thrown in at the deep end. It leads to rapid learning, huge personal growth, and new skills and responsibilities that might take years to acquire at a larger organisation.

“What you can achieve in a few months is beyond measure,” says JJ. “Sure, some of my friends might be earning tons, but they’re learning way less – and they’re handed less responsibility, too.”

A fast-growing company also offers opportunities to ride the wave. “I joined Seccl in January, but the pace of our growth means that the company is completely different now,” Annabel explains.

“We’ve doubled the team, quadrupled the number of clients – and the trust that I’ve been given to play a part in all that means that I’ve been able to develop really quickly.”

“What you can achieve in a few months is beyond measure.”

This culture of meritocracy is something that James really values, too. “When you join at the start of something, you’re ahead of the knowledge curve and can advance quickly on merit. Annabel joined Seccl when there were only 11 people at the company, and I wouldn’t be surprised if she was leading a team soon – all in less than a year.”

Not failing but thriving

For all the positives of rapidly acquired responsibilities, there’s one certainty that all grads progressing the scale-up ladder have to face up to. The experimentation-heavy nature of any role in a young organisation means that, sooner or later, you’ll inevitably get something wrong.

I remember when I joined a start-up back in the depths of the last recession (see a pattern emerging?). I’d been at the job – my first ‘proper’ job since uni – less than three months, and had been handed the keys to organising a large event while my manager went on holiday.

All was progressing swimmingly, I was gaining confidence and kudos…and then I made a drastic error. I’ll spare you the details, but as the co-founder of the company memorably told me: ‘on a scale of 1-10 of f**k ups, this is a 10.’

But, of course, we solved it. I was forgiven. I learned a lot, continued to grow and went on to spend another four years at the company. As JJ puts it far more succinctly, “don’t be afraid to get it wrong. Everything can be fixed.”

“Don’t be afraid to get it wrong. Everything can be fixed.”

Everyone makes mistakes – and you’ll probably make more working for a smaller company. But it’s such an important part of learning that it’s arguably one of its major plus points.

“Culture is key for this”, says Annabel. “At Seccl, everyone is encouraged to give feedback. I have a meeting every other week with Dan, my manager, where I get feedback and can develop. You’re not micromanaged at all, and are given the chance to learn from what you do, not just what you’re told.”

While smaller, fast-growing companies might trump their larger counterparts on learning and development, there’s one area where they definitely come up short: brand awareness and security.

Chances are that you may not be familiar with – or have even heard of – 99% of start-ups, many of which may be under five years old and less financially secure. So how can you get excited about the opportunity?

“When you read about a company, don’t write them off if you’ve not heard of them before”, James says.

“There are huge tech companies, like Stripe, which most people won’t know about, but which underpin our everyday life. So look beyond the name and whether you recognise it, and look at what the company’s goals are. It’s important for you to buy in to what the start-up is trying to achieve.”

“It’s important for you to buy in to what the start-up is trying to achieve.”

The clear mission that drives many younger companies also offers a sense of purpose, belonging and camaraderie that might otherwise be lacking. As James adds, “smaller companies are just really fun. There’s less bureaucracy and everyone knows each other, so there’s a feeling that we’re all ‘in it together’.

At the end of the day, everyone will have their different vision of their perfect role – and what’s right for one person might be totally wrong for another.

But the important thing is to follow the path that suits you best, not the one you feel you should take. For some, that might well mean the comfortable structure and clear trajectory of a larger firm. But in this week of all weeks, make sure to open your mind to other, perhaps less obvious opportunities.

To quote JJ: “Don’t be afraid to just pick something and run with it. If you’ve an opportunity to do something you’ve never done before, why not say yes?”

If you’re interested in working at Seccl, check out our careers page to see our open roles. And don’t worry if none of them look totally right. Just get in touch with Rebecca at people@seccl.tech – and start the conversation!